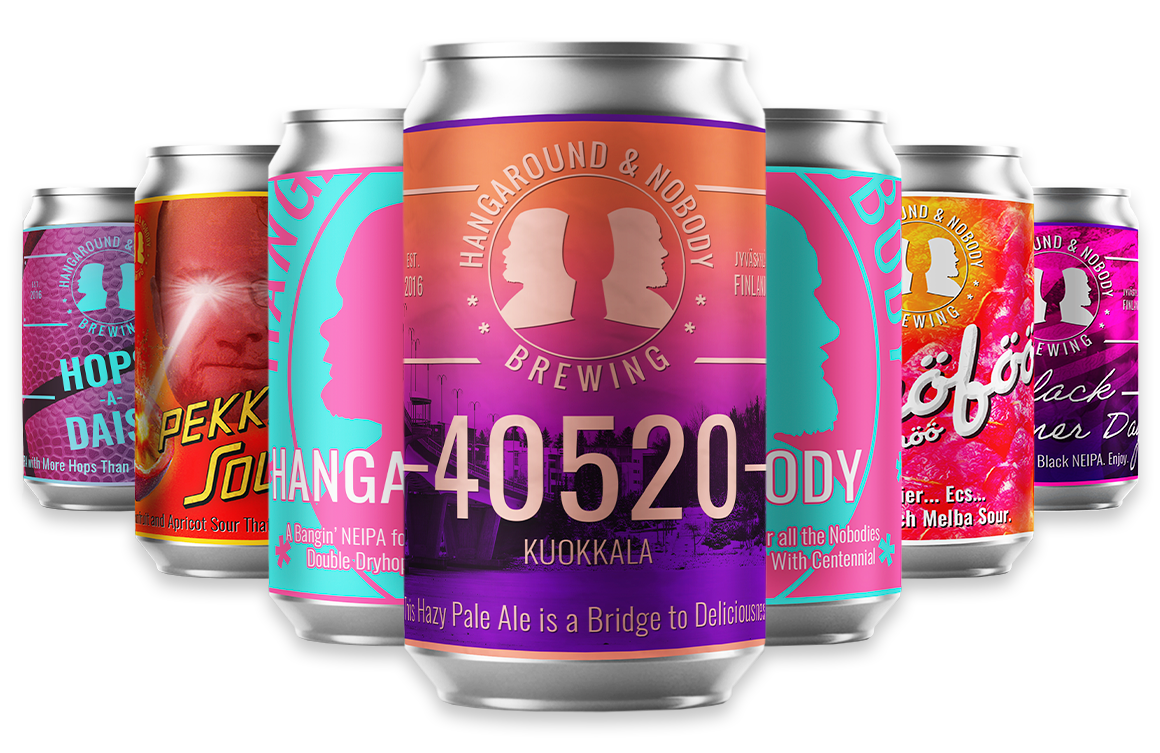 The simple idea behind our products is to brew beers that we ourselves like to drink. Beer shouldn’t be a too serious business, so let’s have a good time together with delicious beers!

Hangaround & Nobody Brewing is a gypsy brewery from Jyväskylä, Finland. The brewery first started in 2016 as a homebrewery and in 2018 the first commercial beer hit the stores and bars. HNB beers are brewed at United Gypsies Brewery which is located in Lohja.

The story behind the name goes back to 2015 when Eetu and Pekka worked at the same time at a Finnish export-driven technology company and when they became friends. There was an event at the company where retailers of the company’s products from all around the world gathered. During the event the marketing director of the company presented the staff and as Eetu had just started working there, couldn’t remember his responsibilities, introduced Eetu plainly as a Hangaround. Pekka, at that point having worked in the company for several years, was not introduced at all by mistake and was naturally named Nobody afterwards.

Because this story is essential to Eetu and Pekka’s shared history it was a natural selection as a name of the home brewery when brewing first started in 2016. When commercial activities started in 2018, the name stuck.

HOPPY LAGER. Whether its the warm beach of the ice rink, a hoppy lager like Jaromir Lagr makes it better. Mullet sold separately.

GOSE. Bitter and… salty? Just like Lifee! Take a seat and reflect with this red currant and lingonberry flavored gose.

DDH IPA. This sturdy double dryhopped represents the area of Kortepohja. Expect an old school experience with plenty of hops and flavor.

BARLEY WINE. A celebratory barley wine from where it all began, the cradle of civilization, Jyväskylä.

WITBIER. This fresh witbier has been brewed to celebrate the 100th birthday of the sports club Säynätsalon Riento.

SOUR. Oui, baguette! A rasberry peach melba sour, that Eks… Esc… Esköföö themselves would be proud of!

IPA. This iconic IPA makes you feel like a new (wo)man. A collabo with Masis Brewery.

SOUR. Pekka, Pekka’er, Pekka Souri. A delicious passionfruit-apricot sour to the friend of The Night Line and friends of things fruity’n’sour.

BLACK NEIPA. Second commercial Black Neipa in Finland. Dark from the outside, but fresh and fruity from the inside!

HAZY PALE ALE. This hazy pale ale is a bridge to deliciousness.

NEIPA. A cloudy fruitbomb, double dryhopped with Mosaic. Has been mentioned to be the best bottled NEIPA in Finland.

NEIPA. The other side of the coin which has been double dryhopped with Citra. Now in version 2.0

American Pale Ale. Fresh and citrusy APA with a bit more experimental hops used. Some of the hops were replaced for this 2019 edition.The name of the beer comes from the postcode of Lohikoski, where our home brewery is located.

Indian Pale Lager. Only hops from New Zealand has been used in this aroma- and dryhopped lager. The name of the beer comes from the postcode of the Nobody’s childhood home, Säynätsalo.

Magical Saison from the other side of the mountains to which the mystical Hibiscus brings flavor and color. Suitable for adventurers regardless of role!

Made from only our best brews

Beer with your own label.

Are you interested to have a beer with your own label or even your own brew for your company?

Here are some examples to see.

T-shirts, tote bags, and baseball caps are available in many sizes and colors. Elegant beer glasses are also available. 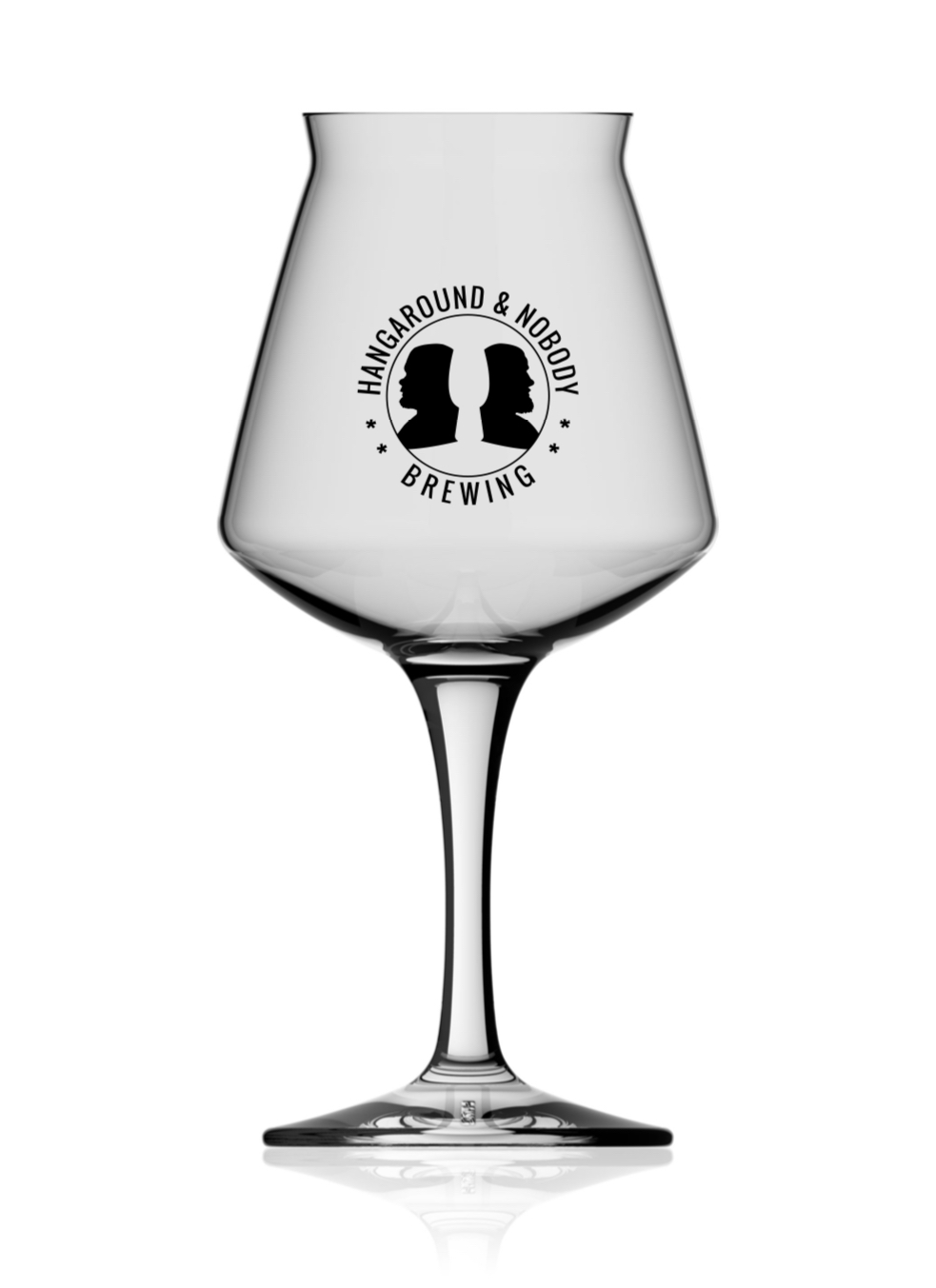 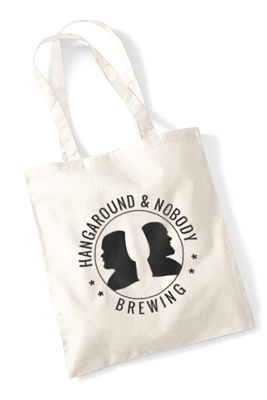 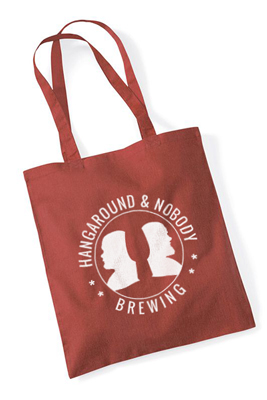 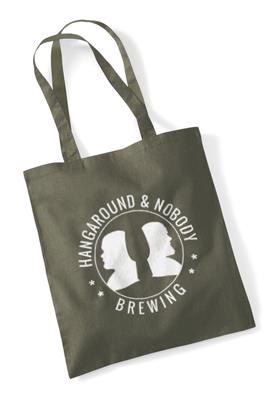 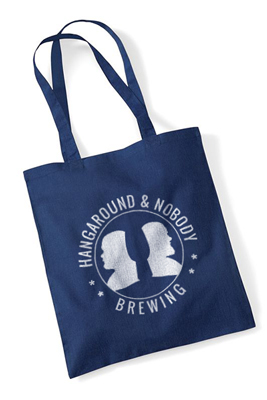 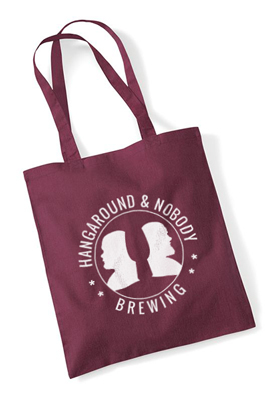 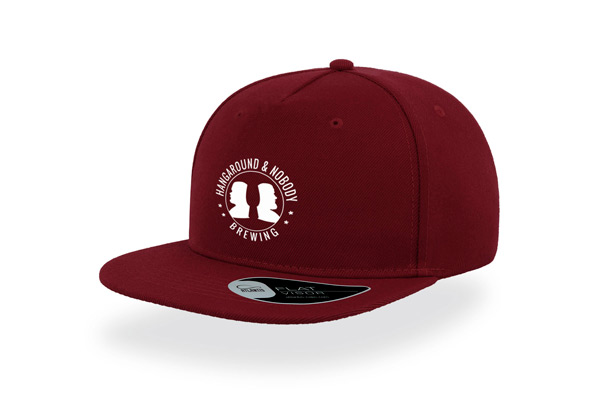 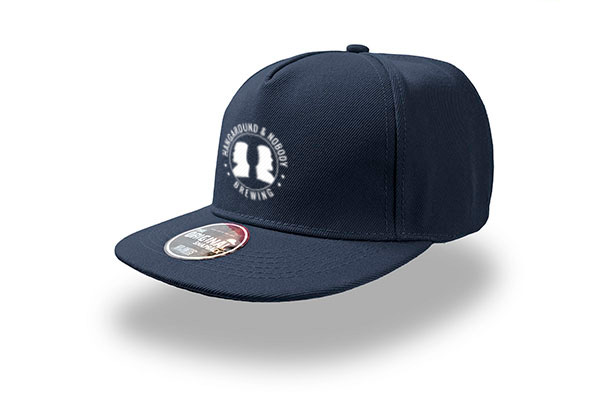 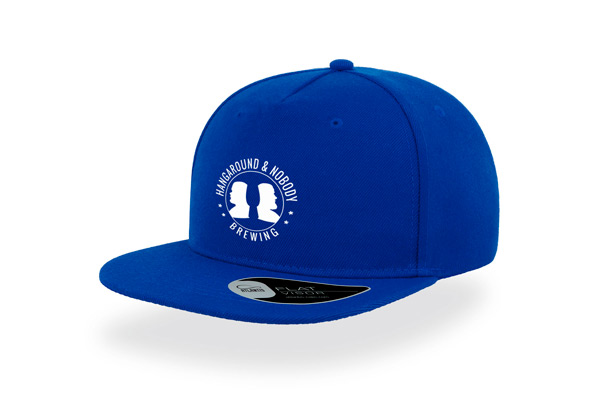 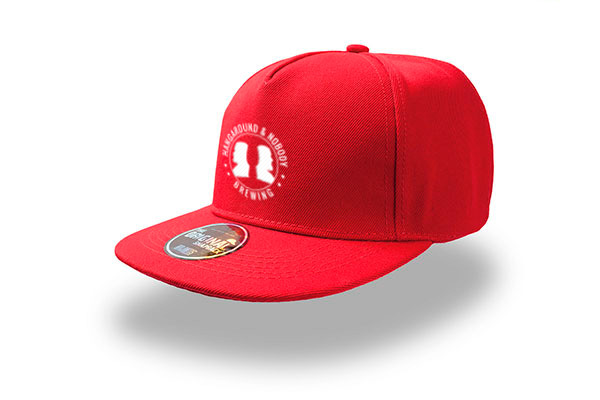 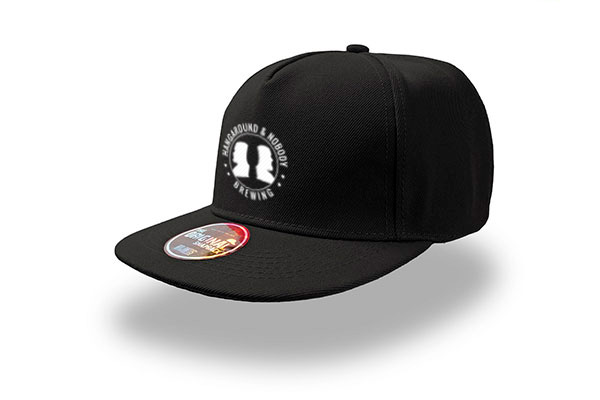 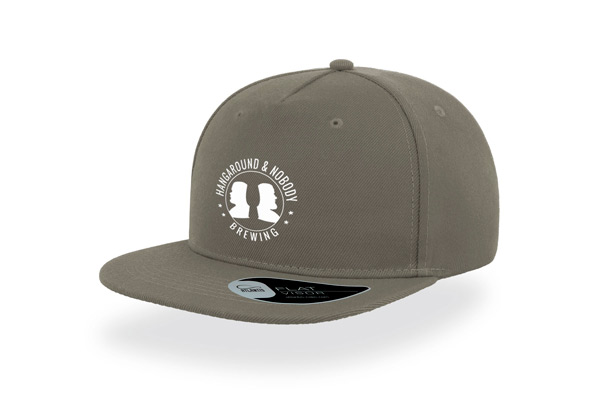 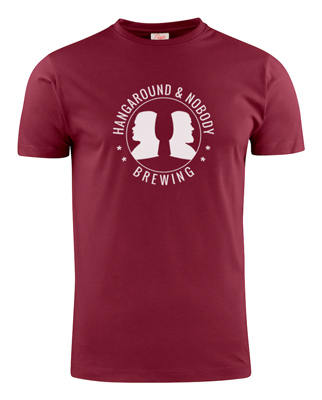 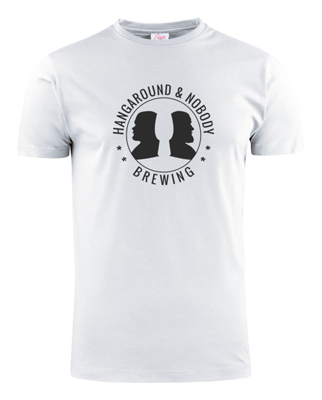 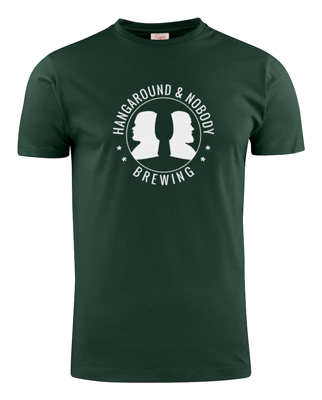 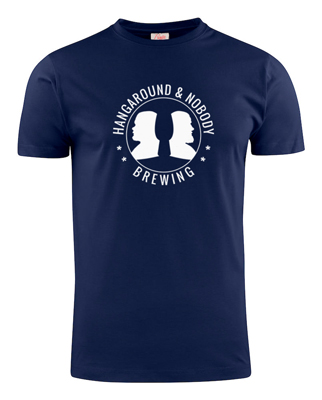 The best way to order is to use the contact form on this site. 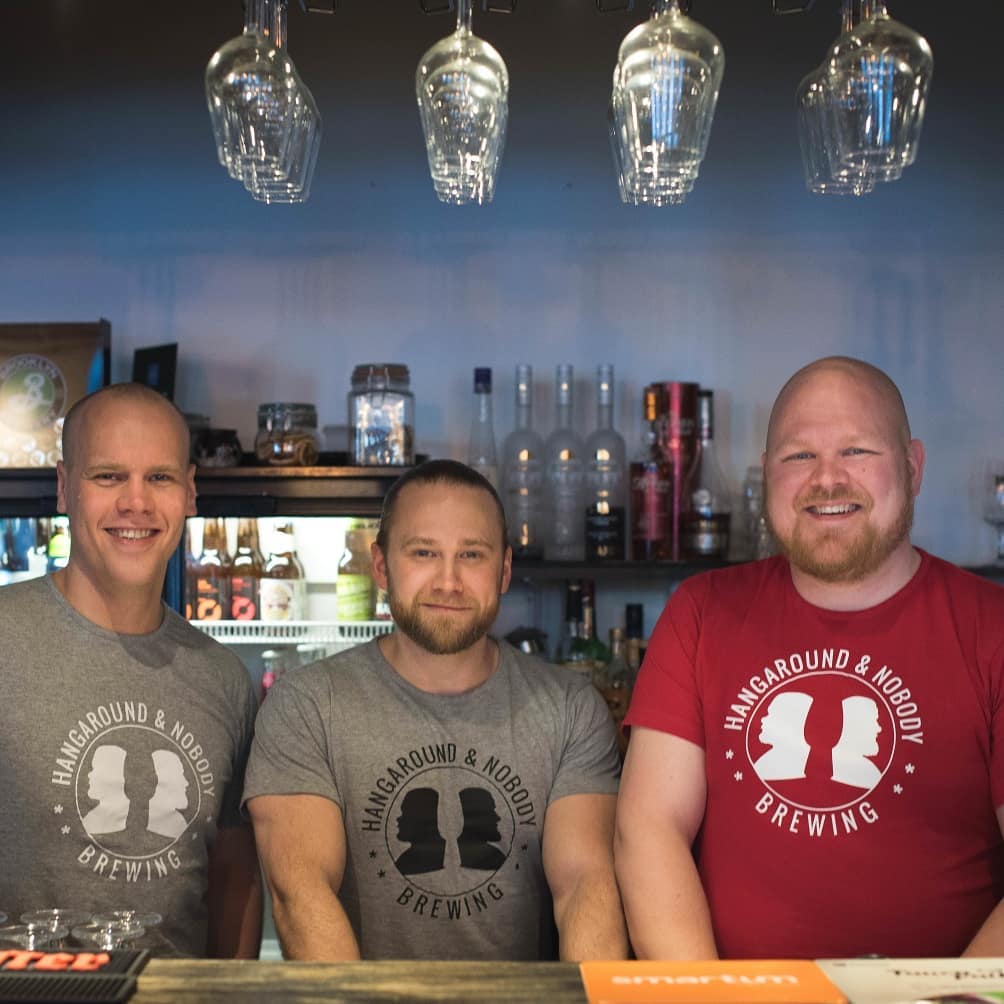 Eetu / Hangaround Eetu is a mechanical engineer and works in the technology industry as his day job. He’s a regular know-it-all by character, in a good way.

Pekka / Nobody As a day job Pekka is a financial management professional and naturally he also manages HNB financial activities. He’s the main recipe guy at HNB and a keen basketball enthusiast.

Eetu / Hangaround Eetu is a mechanical engineer and works in the technology industry as his day job. He’s a regular know-it-all by character, in a good way.

Pekka / Nobody As a day job Pekka is a financial management professional and naturally he also manages HNB financial activities. He’s the main recipe guy at HNB and a keen basketball enthusiast.

JOIN US IN OUR GREAT PASSION FOR GREAT BEERS. CHEERS!

Want to have our beer in your bar/store? Interested in our merchandise? Want to brew a collaboration beer or us to brew a beer for your company? Something else? Don’t hesitate to contact us!!!

This website uses cookies to improve your experience while you navigate through the website. Out of these cookies, the cookies that are categorized as necessary are stored on your browser as they are essential for the working of basic functionalities of the website. We also use third-party cookies that help us analyze and understand how you use this website. These cookies will be stored in your browser only with your consent. You also have the option to opt-out of these cookies. But opting out of some of these cookies may have an effect on your browsing experience.
Necessary Always Enabled
Necessary cookies are absolutely essential for the website to function properly. This category only includes cookies that ensures basic functionalities and security features of the website. These cookies do not store any personal information.
Non-necessary
Any cookies that may not be particularly necessary for the website to function and is used specifically to collect user personal data via analytics, ads, other embedded contents are termed as non-necessary cookies. It is mandatory to procure user consent prior to running these cookies on your website.
SAVE & ACCEPT
Share This